Whatever the month, whatever the season, the farming calendar is always full of things to do.

From weaning calves and maintenance work right the way through to haymaking and crop harvesting, Waterman's Country Supplies will take you through all the agricultural milestones that you'll encounter in a typical year of farming...

The new year usually allows farmers a bit of breathing space from the jobs and tasks in December, but it's not long before arable farmers start thinking about slurry, silage and hay...

On the other hand, those who deal with livestock will be thinking about weaning carves in the last weeks of January.

In terms of overall farming duties, January is a good time to think about preparation and maintenance; including repair, all-round cleaning work and machinery checks.

Completing and continuing your maintenance checklist will be your first priority in the beginning of February.

You'll be looking at spreading slurry as and when the weather conditions improve and temperatures become a little milder.

Remember, February is a short month and calving season will come up fast, so make sure you're as prepared as possible.

March = Carving Season! Things are going to get busy for you during this month as you'll have thinking about cows and lambing at the beginning of March, looking after lambs and ewes almost tirelessly. This will be an exhausting period for farmers, so do everything you possibly can preparation-wise to keep your head above water in the months and weeks prior.

Slurry spreading will be ticking over in March, along with sowing the sugar beet, fertilising and crop-spraying.

Carving will continue through April, with ear tagging and passport identification required by law. The lambing season will usually be completed by the end of this month but protection from predators will need to be considered as your stock will be at their most vulnerable.

Grazing fields will be fertilised to enhance growth as the weather improves over the Spring months. Cereal crops will also needed to be sprayed with fertiliser and pesticides too.

Your livestock will stop grazing the silage field and in May you will also spread fertiliser to induce 6 weeks of growth before silaging happens. Lambs will receive an ear notch and be ear tagged for identification, they'll then have their tails cut to prevent flies and pests from breeding in the wool and will be castrated over the course of this month.

May is also a time for crop spraying, muck spreading, general cleaning of the livestock housing as well as all round maintenance and repair work.

June is a month focused on shearing and grooming to keep your sheep in the best shape possible. They'll be bathed to tackle worms, disease and to promote overall well being. Carves conceived in Spring will also be dehorned.

Silaging will carry on throughout June and the haymaking process will commence for farmers as they look towards preparing livestock feed for the winter season.

The end of May and beginning of June also signals the start of summer and the beginning of show season which is an exciting time for many farmers looking to showcase their livestock around various country fairs and events.

These shows and fairs will then segue into harvesting season...

July offers a little respite for livestock farmers after the business of May and June. Most things will keep ticking over; lambs will be vaccinated, bathed and sheered - the very best lambs will be sold at auction or for slaughter.

However, arable farmers will have much more on their hands. Haymaking and silage collection will continue, potatoes will be treated with pesticides to stop the crop from being eaten by predators and combine season for cereal crops will commence.

August is really an extension on what you were doing in July, with silage and combine harvesting making up two of your central jobs. You will also start looking to ploughing and cultivating cereal crops for the new year.

Spring lambs will also be weaned and running around in the fields during August and September - reaping the benefits of aftermath grazing.

As summer fades, harvesting crops will still be in full flow on your farm with ploughing and cultivation work kicking back into gear. Drilling and sowing will also begin on barley, oilseed rape and winter wheat.

The weaning window will continue into September and farmers will look towards preparing to auction off female sheep.

With winter closing in fast, arable farmers will be busy looking to cultivate and drill wheat to prepare for the crop yield in the new year. Potatoes and other crops such as sugar beet will be harvested in October as well.

Farmers also take on the lengthy task of cutting back hedges around the farm and countryside, which will continue through to the new year until the start of Spring when wildlife will begin propagating within the hedgerows and cutting will have to cease.

Livestock farming will see carves weaned and brought back into housing before the bad weather and colder temperatures set in. Sheep will be dipped insecticide and fungicide to circumvent parasite infection and infestation and they'll also have their wool clipped for breeding.

Winter is pretty much upon us as October turns into November. As the grazing grass dies, farmers will be feeding up their livestock and keeping them protected from the elements inside the cattle shed. Male carves will also be castrated before the first frost.

Wheat drilling will carry on at the beginning of the month and will halt around the 15th day. November is a period of ploughing and preparation for harvesting in the new year.

For farmers, the festive season is low down on the agenda, behind a busy month of ploughing, which will be made increasingly difficult by the reduced daylight time. Cereal crops will also be sprayed over the course of the month.

In terms of livestock farming, it will be a repeat of previous months - cattle will be fed and housed due to the lack of suitable grazing feed. If you run a dairy farm, cows will need to be milked as usually - even though it's Christmas!

Dry-stone walls will also be built, repaired and maintained if necessary. 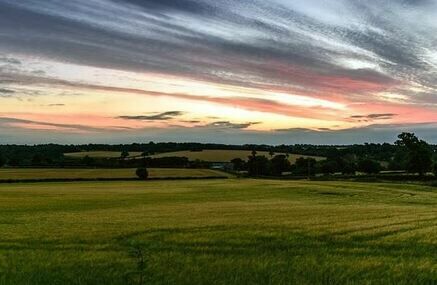 For the all those that live and breathe the country life, Waterman’s goal is to sit alongside you as your prime choice of Outdoor and Country Supplies. We've been servicing the agricultural trade within Devon and Somerset for more than 12 years now; purposing 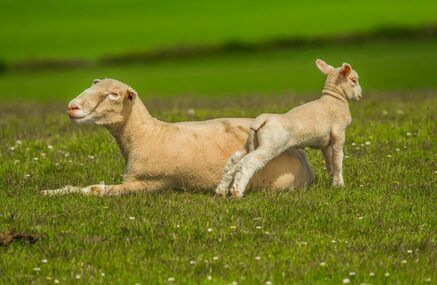 Lambing rates should not be thought of a measure of productivity, or profit. Aside from the fact that we’re dealing with animals here, livestock reproduction is subject to so many variables. It’s not just what you feed your flock -- how much room do they 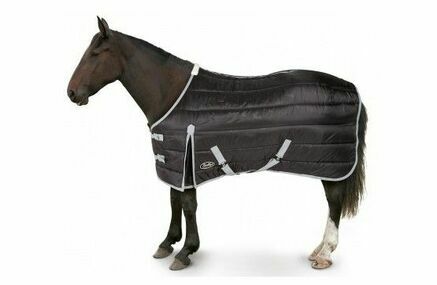 Guide To Buying The Correct Horse RugFriday, 31st of March 2017

Going clothes shopping for your horse sounds a bit odd, but in truth it’s a rather fun undertaking. However that enjoyment should not make you dismiss the need for proper sizing. If a horse rug isn’t the right size for your animal, it can cause irritation